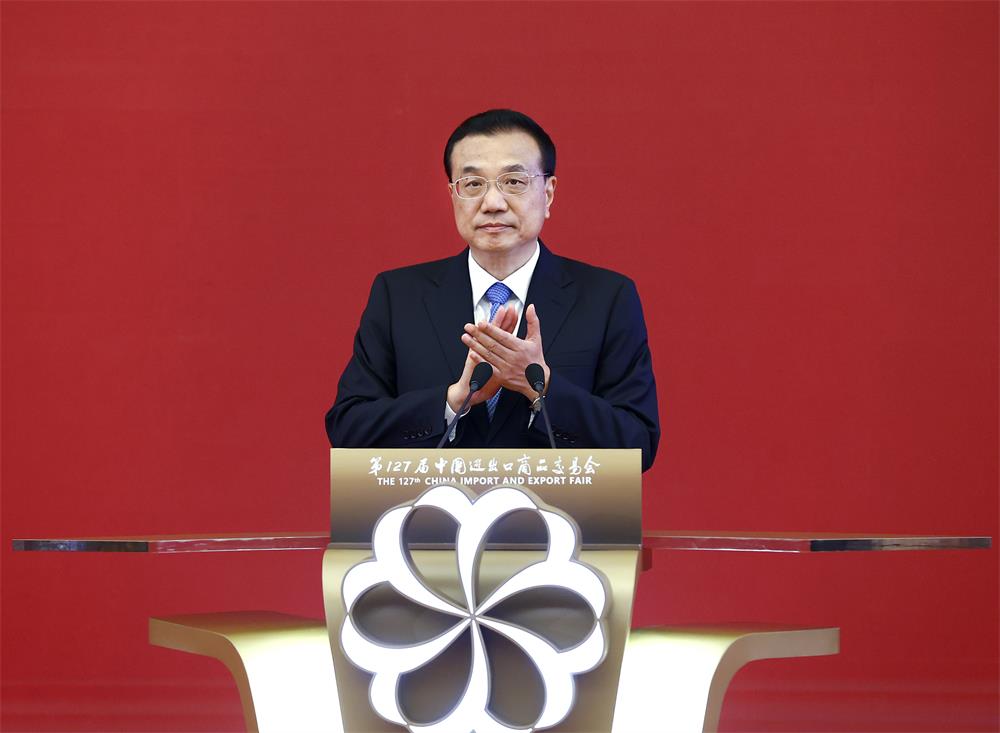 Li, also a member of the Standing Committee of the Political Bureau of the Communist Party of China Central Committee, made the remarks when attending the event's virtual opening ceremony in Beijing on Monday.

He called for efforts to ensure the security of the industrial chain, maintain stability in foreign trade and investment, and promote cooperation for win-win results.

The 127th Canton Fair kicked off online on Monday, a first for the decades-old trade fair, in South China's Guangdong province.

The event, which will last for 10 days, has attracted around 25,000 enterprises in 16 categories with a host of products.

The fair will provide round-the-clock services, including online exhibitions, promotion, business docking and negotiations, according to Li Jinqi, director general of the China Foreign Trade Center.

Founded in 1957, the Canton Fair is seen as an important barometer of China's foreign trade.

we promise to exceed our customers' expectations

we promise to keep learning and developing more about hangers to provide better choice for our customer.